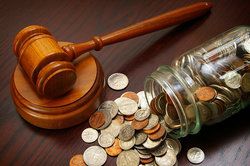 Damages - or the amount of money awarded to compensate an injured party for his or her losses and expenses in a court of law - can be divided into two basic types: compensatory and punitive. Of the two, compensatory damages are by far the most commonly awarded, as they are the inevitable outcome of any civil case that resolves in favor of the plaintiff. By comparison, punitive damages are extremely rare, and generally should not be expected in most personal injury cases.

During case evaluations at the Law Office of Gary A. Zucker & Associates, P.C. in Brooklyn, punitive damages are explained and discussed; however, our personal injury attorneys are careful to advise clients not to count on such damages being awarded, even if they are sought as part of the claim.

The Difference between Compensatory and Punitive Damages

Compensatory damages are those damages awarded primarily to make the injured plaintiff “whole” again. In other words, they constitute the monetary compensation that the plaintiff would need to cover demonstrable economic and non-economic losses, such as:

While some of these damages are quite specific (“special damages” such as medical bills) and others are more abstract (“general damages” such as pain and suffering), they share the same purpose: to return the injured plaintiff to as close to his or her pre-injury economic state as possible, while also compensating him or her for non-economic consequences such as physical, emotional, and mental suffering.

Why It Is Difficult to Obtain Punitive Damages

In order to obtain punitive damages in New York, where the bar for what constitutes egregious negligence has been set very high, our personal injury and auto accident attorneys must be able to evidence not simply intentional wrongdoing on the part of the defendant, but wrongdoing that demonstrates “such wanton dishonesty as to imply a criminal indifference to civil obligations.”

For example, in a medical malpractice case in which a surgeon performed the wrong surgery on a patient, and the patient suffered permanent injury as a result, the egregiousness of his incompetence may seem apparent. However, if this malpractice resulted from an unintentional mix-up of files, it is unlikely that the defendant would be awarded punitive damages. If, on the other hand, the surgeon knowingly took an illegal recreational drug just prior to the surgery, and he understood the risks of doing so, there may be sufficient evidence of intentional and immoral wrongdoing to justify punitive damages.

To learn more about punitive damages, or to arrange for an evaluation of your personal injury case, please contact the Law Office of Gary A. Zucker & Associates, P.C., today.