New York’s Largest Reported Settlement of 2014 for Passenger Injury or Death In a Motor Vehicle By Zucker & Regev, P.C. on March 09, 2015 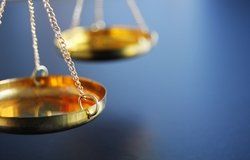 Brooklyn, NY - Gary A. Zucker & Associates, P.C. secured a $6 million settlement in a wrongful death case involving a fatal auto accident, representing the largest reported settlement of 2014 in New York for injury or death suffered by a passenger in a motor vehicle accident. The case was brought in the Supreme Court, Richmond County, Index No. 103301/12. Mr. Zucker represented the wife of one of the deceased accident victims, who was a passenger in the vehicle.

“The damages recovered in this legal case will help my client in the mourning and coping process and make the years ahead a little easier,” said Mr. Zucker. “The combination of the client's perseverance and our law firm's diligence have led to a well-deserved settlement.”

The Circumstances of the Fatal Auto Accident

According to court documents, the fatal auto accident occurred in 2011 in Roxbury on an isolated road along the Catskills Scenic Trail and Route 23. The accident claimed the lives of both the driver and the sole passenger in the car. The occupants of the vehicle were brothers and the car belonged to their father who employed both sons in the family plumbing business. Driving at night, the brothers were en route to a house where they were staying for the weekend for a plumbing installation job.

An autopsy found that the brother behind the wheel had a significant amount of alcohol and cocaine in his system at the time of the accident, according to court documents. The driver's blood alcohol content was the equivalent of 10 alcoholic beverages. Despite these findings, the father of the victims testified that there was no discernible sign of intoxication. The case was filed against the estate of the driver of the vehicle, and against the father, as owner of the vehicle.

Determining Damages and Working with the Victim's Wife

Based on the deceased passenger's W2’s and union benefits, the projected lost earnings over the course of his lifetime were estimated at $7.5 million. Additional damages were sought to account for pain and suffering related to his drowning.

Complications arose regarding the estate of the deceased passenger.

According to court documents, the mother of the accident victims produced a will that the deceased passenger drafted when he was in the Marines before he met his wife. The will named the deceased’s mother as executor and provided that his other brother (who was not involved in the accident) would inherit everything. Mr. Zucker opposed the appointment of the mother as executor for the purpose of bringing the lawsuit and entered into a settlement agreement,which provided that the wife of the deceased passenger would represent his estate in the lawsuit and that the surviving brother would receive no less than $230,000.

“Dealing with family issues and the emotions involved when people are so close to the victims of an accident can be extremely difficult,” said Mr. Zucker. “But with our assistance and guidance, we were able to arrive at an amicable and fair agreement.”

The End Result of the Case

The damages sought in this fatal auto accident case were intended to provide financial support for the surviving wife of the deceased passenger by replacing his future income and by providing her with compensation for the pain and suffering that her husband experienced as a result of the accident and subsequent drowning.

The settlement of $6 million represented the total amount of insurance available. The surviving brother's lawyer reduced his legal fees, which allowed him to recover $300,000. The balance went to the wife of the deceased passenger.

A Continued Commitment to Accident Victims and Their Loved Ones

The legal team at Gary A. Zucker & Associates, P.C. will continue to fight diligently for those who have been seriously injured in a motor vehicle collision.

“We're here for injury victims and their families because it's the right thing to do,” said Mr. Zucker. “We stand with them to make sure that they receive fair and just compensation.”

About Gary A. Zucker & Associates, P.C.

In private practice for more than 30 years, Gary A. Zucker & Associates, P.C. focuses on personal injury claims, fighting for the rights of accident victims and their loved ones throughout the New York metropolitan area.

Contact the Lawyers of Gary A. Zucker & Associates, P.C.

To learn more about Gary A. Zucker & Associates, P.C. or to discuss a legal matter with their team of attorneys, contact the law firm online or by using the contact information provided below.