If you are considering pursuing a lawsuit for injuries and suffering caused by pelvic mesh, the seasoned attorneys of Zucker & Regev, P.C., can provide aggressive representation on your behalf. We have helped many clients in Brooklyn, NY, recover compensation for their vaginal mesh lawsuit. 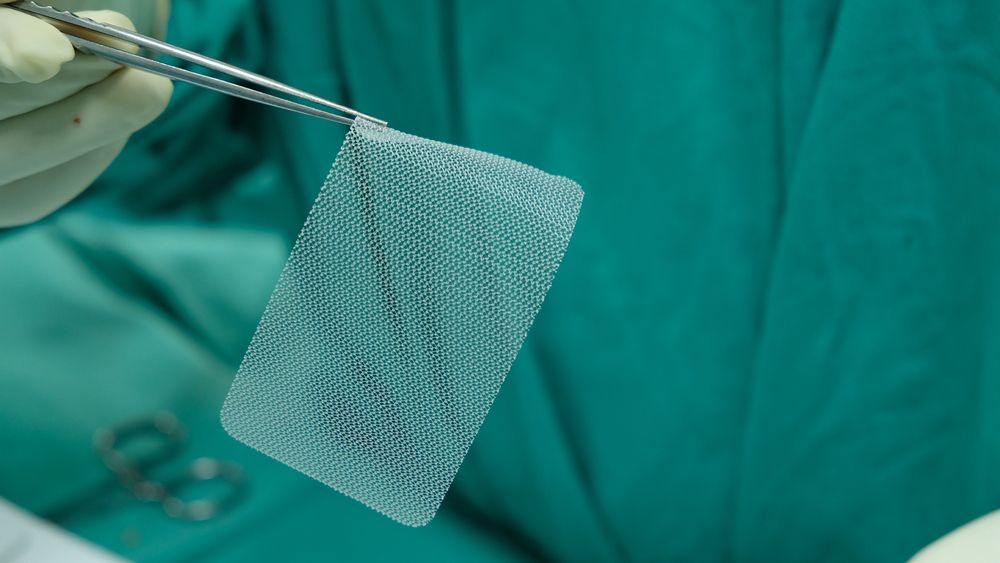 History of Pelvic Mesh Use

Pelvic mesh is a medical device recommended to unsuspecting women with promises of curing pelvic organ prolapse, incontinence, and more. Unfortunately, this is one of the best examples of the dark side of the medical device industry.

Pelvic organ prolapse involves the descent of pelvic organs from their normal positions. In women, the most common cause of this condition is the collapse of the pelvic floor after childbirth, as well as after gynecological cancer treatment, and heavy lifting. Pelvic organ prolapse occurs in 50% of women above the age of 50 with a history of one or more vaginal childbirths throughout her lifetime.

There are various treatment methods for pelvic organ prolapse among our Brooklyn clients which may be categorized into:

A pessary refers to a rubber or silicone device fitted to the patient which is inserted into the vagina and may be retained for up to several months.

These two options should be recommended to women prior to surgical intervention.

Clients at our Brooklyn firm often have to undergo multiple surgeries to attempt to perform only partial mesh removal. They are often left with permanent injuries related to the mesh.

In terms of surgery, there are various options including:

Surgery must have specific indications such as bowel or urinary problems, pain, or a prolapse sensation. Mesh surgery is often performed in various areas of the pelvic region, such as cystocele, rectocele, and vaginal vault or uterus. The vaginal wall has three layers: tunica mucosa, muscularis, adventitia. When prolapse occurs, smooth fibers of the muscularis layer are not functioning properly.

Native tissue repair refers to using sutures to attempt to fixate the pelvic organs in place.

The mesh is inserted through a cut made in the vagina.

Mesh is a polypropylene resin which gets extruded to fibers and then woven.

The mesh costs approximately 20 dollars to produce and sells for several thousand dollars, making it a large money maker for device manufacturers.

Physicians were informed the mesh is easier to place than traditional surgery and that it has fewer complications.

These are the best lawyers in Brooklyn. I was in really bad shape and had no where to turn to. The staff is so friendly and supportive. I had a really great result with my case and would recommend them to anyone. - John P.

Approving Medical Devices for Consumer Use

It was only in 1976 that medical device applications began being inspected by the FDA. At that point, the FDA agreed not to test any medical devices which were on the market prior to 1976. Originally, Congress’s plan was for every new medical device to undergo premarket approval (PMA). PMA is similar to a new drug application in that a manufacturer must test it first in humans. The data from such tests must be submitted to the FDA for approval.

The medical device companies argued that this process is not appropriate for yearly changes and innovations which they make to their products and, therefore, Congress created the 510(k) process. For the 510(k) pathway, all a manufacturer needs to demonstrate is that a device is “substantially equivalent” to a device which is already on the market. However, instead of 510(k) being the exception, it became the rule with 98% of new device applications being classified as 510(k).

Consequences of the 510(k) Pathway

Furthermore, even if a second device was approved via the 510(k) pathway because it is “substantially equivalent” to a first device, that second device will not be taken off the market even if the first device is determined to defectively designed.

Vaginal mesh was passed through the 510(k) pathway, which means that the FDA did not require any human studies prior to its approval.

Unfortunately, few doctors or surgeons are familiar with these basic details (or lack thereof) of the FDA approval process.

Many patients following pelvic mesh placement begin experiencing immediate discomfort following the placement of the mesh. They may experience generalized symptoms such as nausea and vomiting. Unfortunately, many doctors are not familiar with the symptoms associated with pelvic mesh. They do not know that the mesh fuses with the tissue of the pelvic organs. The scar tissue then creates a clump of pelvic organs which produces pain and strain with every move. The pelvic organs include the:

Women begin suffering symptoms related to these organs and physicians advise them to remove the mesh.

Unfortunately, doctors are not trained at removing mesh because it cannot actually be removed. The mesh material fuses with the tissues.

Patients often have to undergo multiple surgeries to attempt to perform only partial mesh removal. They are often left with permanent injuries related to the mesh.

Alex Gorsky was the head of Ethicon (J&J) who produced the pelvic mesh and at a time when the company received complaints from women complaining about side effects from it. In addition, the medical director was aware of potential complications involving the mesh. Women were not informed of these risks.

Mesh lawsuits cost J&J several hundred million dollars while their revenue has been almost a trillion in the past ten years.

We combine compassion with decades of experience to provide victims and families with expert legal services.

You Are Not Alone

Facing a large organization with extensive resources can a difficult uphill battle. Our Brooklyn attorneys can advocate on your behalf to seek justice for your suffering. To discuss your case with one of our knowledgeable and compassionate attorneys: 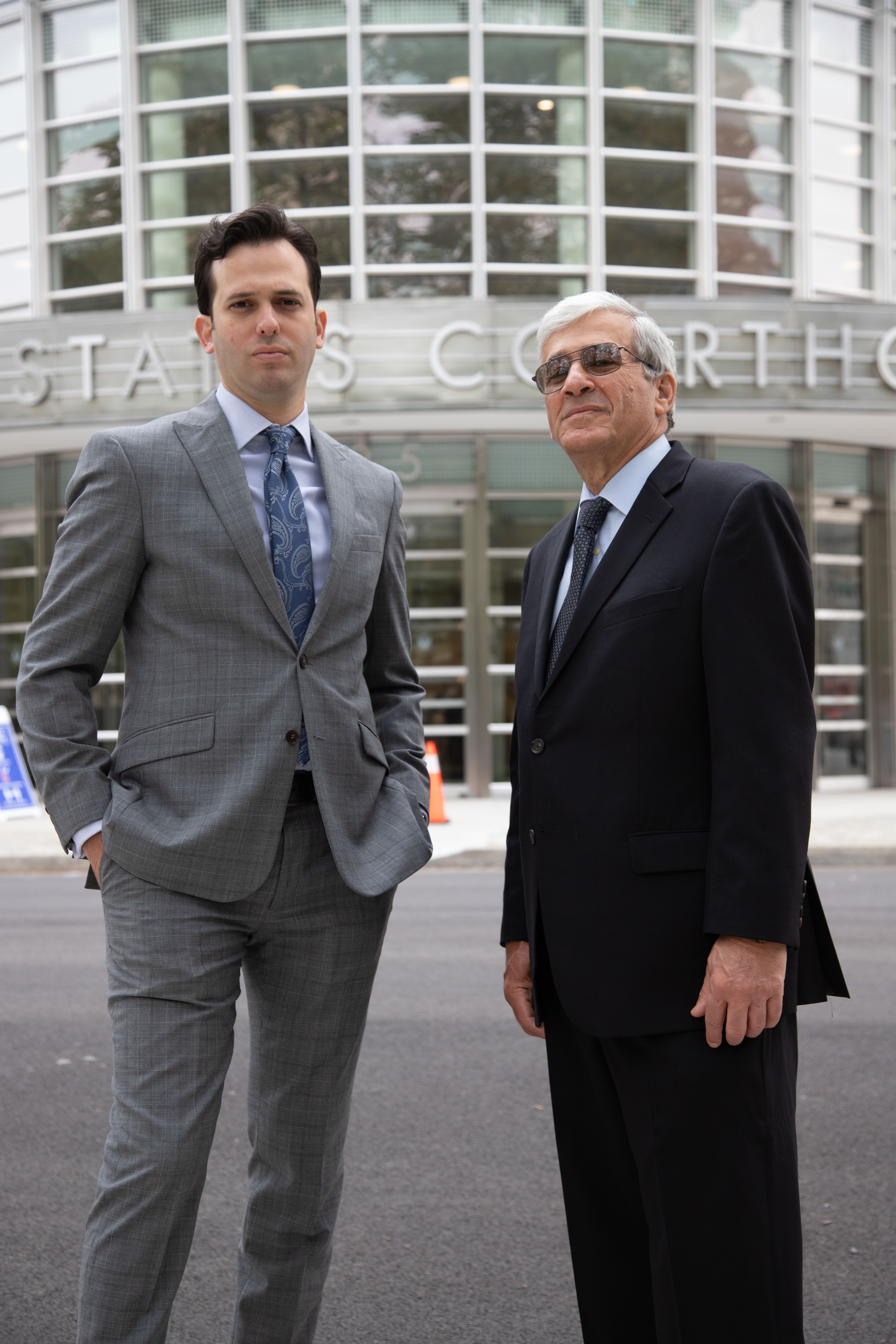